The cover of issue twenty-two is Breach, by Ron Sanders . Ron is an L.A.-based author, poet, and illustrator working across the board. His works tend to lean heavily on the human condition, generally with a cynical edge, and with a high sense of drama. He feels self-promotion is nothing more than compensation, and hopes his works can stand or fall on their own merit. To that end, there’s plenty to read and ponder on his website at http://ronsandersatwork.com.

Karl and Stephanie's editorial is on the good, the bad and the annoying of 3D movies.

The first story in issue twenty-two is The Son of Abish by Dave Duncan. Dave has published forty-five novels of fantasy or science-fiction, but this is his first short story in twenty years. He lives in Victoria, BC, with his wife and in-house editor, Janet.

The second story is Four-Months Hard Sweeping by Nancy Kay Clark. Nancy is an award-winning magazine writer and editor. She edits and contributes to a literary ezine, CommuterLit.com, which posts a short-short story or poem every workday formatted for readers to enjoy on their mobile devices during their morning commutes. She lives in Toronto with her husband and two teenaged kids.

The third story is Sweet Perfume in the Night by Deborah Hayles. Deborah is a mental health professional with an overactive imagination and a longstanding love of speculative fiction. She spent a long time trying to avoid writing, but it caught up with her anyway. And for the most part she’s glad it did. When not working or at her computer, she might be found rediscovering forgotten equestrian skills or planning her next trip to England.

The fourth story is Keepsake by Robert J. Boumis. Robert was born in 1986 in Creve Coeur, Missouri (“Broken Heart” in mangled French). As an Air Force brat, he was moved to Iraklion in Greece, before moving to Tucson. Robert then went off to college at Northern Arizona University, a mountainous, temperate region unlike the desert he grew up in. In the summer of 2011, Robert completed the coursework for his Bachelor’s of Science in biology from NAU. He is currently working to pay off student debt and save up for graduate school, and turning out the occasional short story.

The fifth story is Nocta by Dan Holbrow (Nocta) is a recovering academic. He lives and writes and drinks oceans of coffee in a cozy house in Regina, Saskatchewan.

The sixth story is It's Not You It's Me by Michael Donoghue.  Michael mostly lives in his head, but resides in Vancouver. He’s had more than 50 very short stories in publications such as Nanoism, Thaumatrope, and Short Fast & Deadly. He also has a story in the fabulous 140 And Counting, a forthcoming anthology of twitlit from Upper Rubber Boot. You can follow him on twitter at: @mpdonoghue.

The seventh story is The Once and Future Tomato by Dr. Philip Edward Kaldon. This is his second Canadian publication so far in 2012. His story “Your First Real Rocket Ship” won third prize in the Friends of the Merril Short Story contest and is currently available online courtesy of the Toronto Public Library.

The eighth story is The Last Actor by Edoardo Albert. Edoardo is a writer of Sri Lankan and Italian extraction based in London. He’s had stories published in lots of magazines, and his book on the history and archaeology of Northumbria - Northumbria: The Lost Kingdom - is out in October 2012. Find out more, including the unlikely piece of writing that produced the best reaction, at www.edoardoalbert.com, follow him on Twitter @EdoardoAlbert or like him on Facebook.

This issue notes the passing of and pays tribute to Ray Bradbury, Harry Harrison and Neil Armstrong.

Convention write ups this issue are for the gaming convention GottaCon, held in Victoria, BC, in February 2012, and the literary convention When Words Collide, held in Calgary, AB, in August 2012. (www.gottacon.com and www.whenwordscollide.org)

Reviews this issue are of The Healer's Sword, by Lynda Williams, Batmobile: The Complete History, by Mark Cotta and Paul Levitz The Dark Knight Manual, by Brandon T. Snider, and the computer game Diablo III, by Blizzard Entertainment. 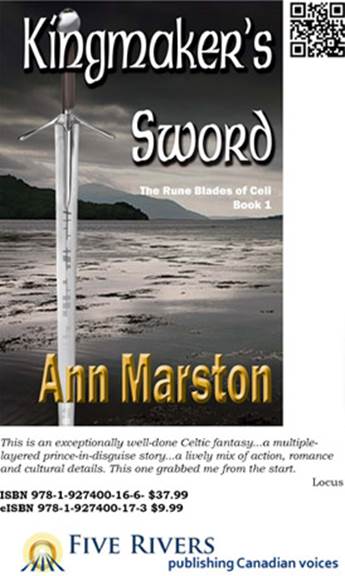