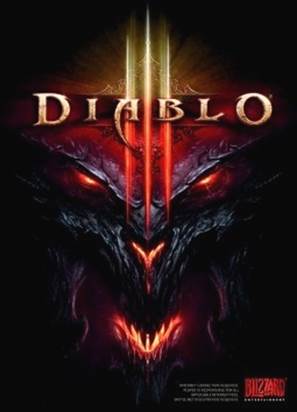 With twelve years since the release of Diablo 2, the makers of Diablo 3 have had lots of development time. With that, they’ve almost made a great game.

In the Big Bang Theory episode. “The Toast Derivation,” Sheldon is upset that his friends are changing his routine, so he invites some ‘new friends’ over for a party. He later abandons his own party guests, saying, “I had to leave. They were having fun wrong.”

Unfortunately, all it takes is a single game designer who hates when people have ‘fun wrong,’ to mess up what would otherwise be a good or great game. The Diablo 3 team had numerous genius level designers, and possibly one Sheldonian fussbudget.

For Diablo 1 and 2, Stephanie and I weren’t just hardcore players, we were evangelical players, in that we convinced others to play the game. We’ve waited with baited breath, pretty much the entire twelve years since Diablo 2 was released, for Diablo 3 to be released. We had copies pre-ordered. Needless to say, we were the target market for this game.

The game starts off with some major annoyances. You can’t play single player on your own computer, and you can’t just connect to another computer or LAN. You have to log onto BattleNet to play. This, while annoying, didn’t stop us from playing, but it did delay us for an entire day, as it took that long for Battlenet to update our copies to the latest version. (It did stop some players, who didn’t have internet access, from playing at all.) Another annoying feature is that you can only save ten characters. You can have pretty much as many characters as you want in Diablo 2 (We created at least a hundred between the two of us). 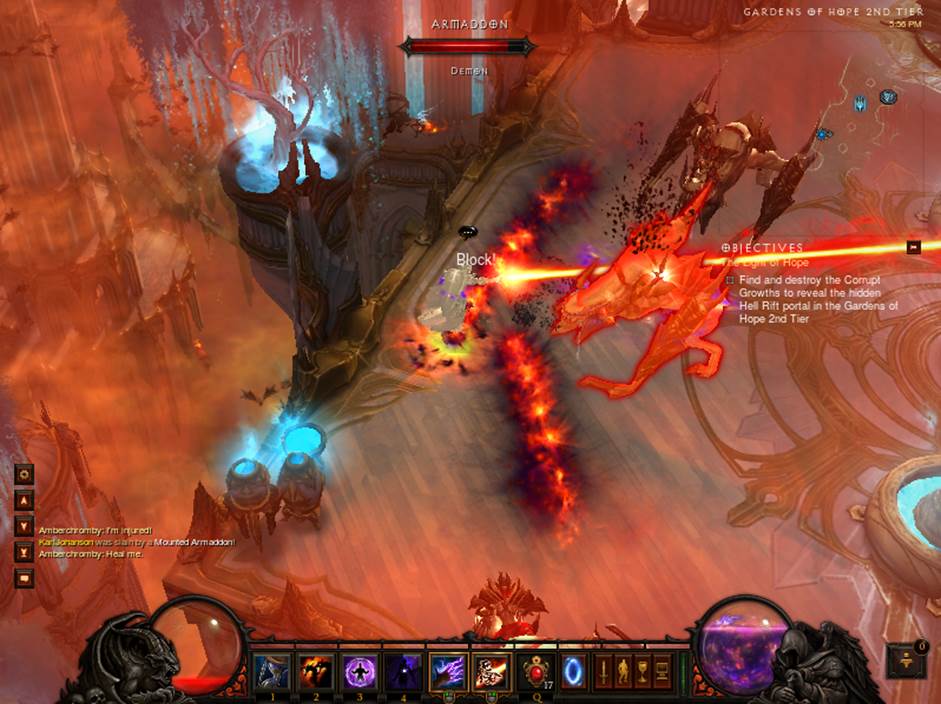 Despite the annoyances, the game still has lots going for it. Good game play (single player or multiplayer), good backgrounds, good animation, a good 3D engine with interesting lighting effects, good monsters with complex abilities, good character classes, good player skills, good progression of difficulty matching player stat increases, good back story, good story foreshadowing. It even echoes Nietzsche’s warning, “Whoever fights monsters should see to it that in the process he does not become a monster.” 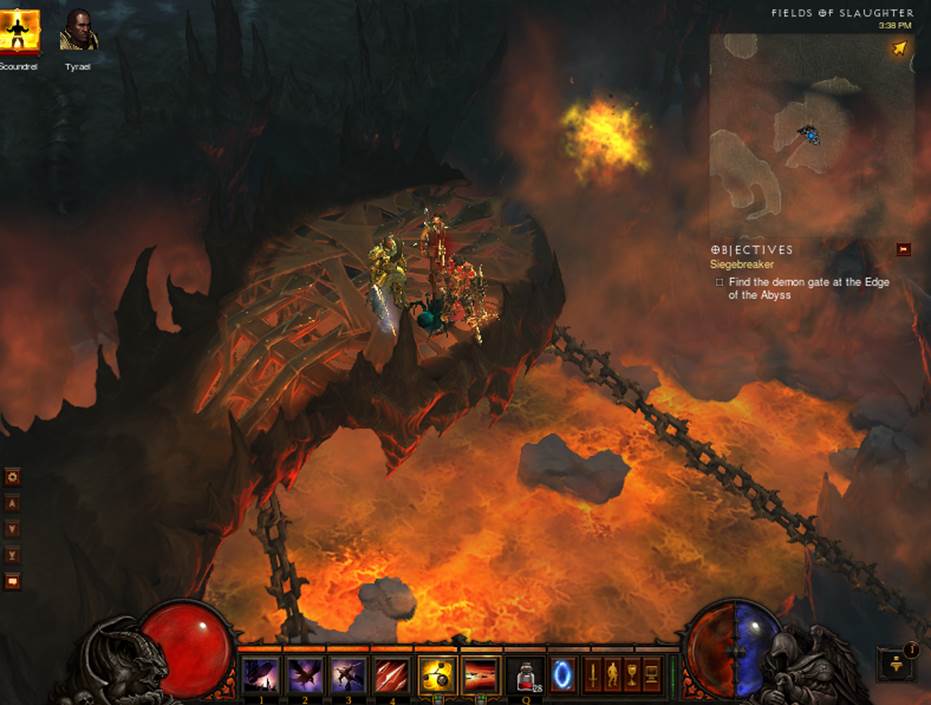 Fighting the minions of the Prime Evils on a ledge over a pool of magma. 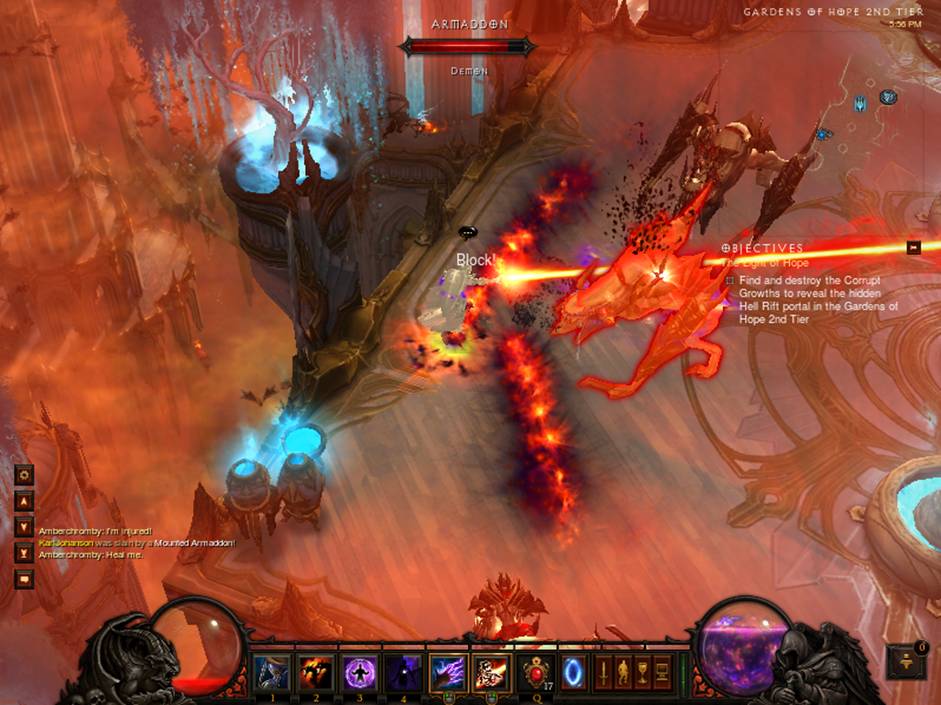 Helping defend Heaven from an invasion of demons.

We were playing, completing numerous quests, moving up levels, finding interesting armour, weapons and magic items, stopping now and then to check out the cool scenery, working our way through Normal, Nightmare and Hell mode, and about to get to Inferno mode, when we hit a brick wall. A brick wall called, “some @#$% designer arbitrarily decided that you can’t go any higher than level sixty.” There isn’t a good reason for this. On their website they have some lame reasons for this boneheaded move, but it doesn’t sound as if many of the players are buying it.

We could be wrong about the idea of one or a few incompetent designers inadvertently messing up this game. It’s possible that this was an example of industrial espionage, and another gaming company paid someone to go work for Blizzard Entertainment, with the intention of seriously screwing up Diablo 3 on purpose. It is difficult to conceive of this level of incompetence without it possibly being deliberate.

It’s rare to add an epilogue to a review, but it seems appropriate in this case. A few months after release, an update to Diablo 3 allowed you to accumulate points and sort of go up levels after level sixty with “Paragon points”. You don’t gain new skills, but your stats increase, and you get a percentage bonus to your character’s ability to find gold and magic items. A definite improvement, but there was still a limit to the number of Paragon points you could earn...

Review by Karl and Stephanie Johanson

January 5 2020 Update: Diablo VI is in development, with no listed release date so far.