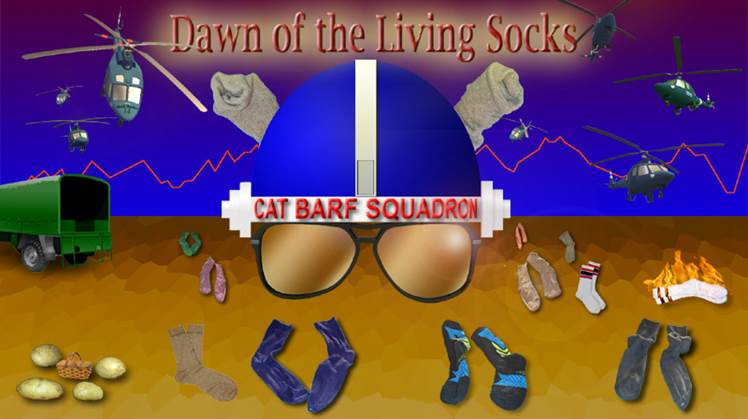 Dawn of the Living Socks was filmed in Victoria, BC from 1980 to 1982. Some members of a Star Trek group named The United Federation of Canadian Star Trekkers decided to make the movie, with some financial support from the club, and they talked several of their friends into appearing in the movie and helping out. The movie premiered with two showings at Imagine Con, a science fiction convention at the University of Victoria in February 1982. Public showing also included 2 VCons (vcon.ca) in the 1980s.

Dawn of the Living Socks was initially filmed on Super-8mm film with no sound. Some editing was done with the film, then it was converted to 3/4th inch video in early 1982, and the voices were dubbed on, and sound effects, and music were added.

Dr. Evil Mad Scientist is working on a device allowing him to see into a parallel universe, where he sees a body of asteroids, and a pair of living socks. His assistant Igor accidentally changes the settings on the device, causing a space time continuum transfusion, bringing the socks to our universe. The socks emit a gas that brings Earth socks to life. The leader of a secret organization known as The Cat Barf Squadron, is one of the first people to be attacked by socks. When they realize that the armed forces and police department don’t believe that the socks are real, the Cat Barf Squadron uses military trucks, sonic pistols, sock detectors, artillery, electronic decoy socks, and the Black Shadow fleet of helicopters to fight the socks. 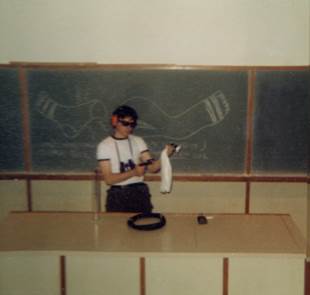 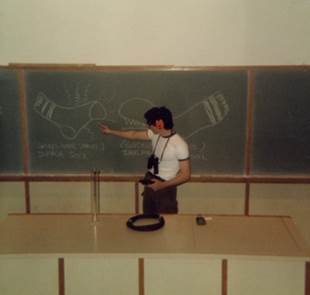 In 2018 Karl Johanson converted a BetaMax copy of Dawn of the Living Socks to digital format.

Some scenes have been added into the movie, many of which were also filmed in super 8mm film, but a few were done with a Nikon CoolPix waterproof, with the resolution adjusted and some screen noise etc. added to come close to matching the rest of the film. The new graphic of the elevator display, showing it moving down to the secret underground complex, was done with PhotoShop 7.

Some special effects were added, including lightning when the space time continuum transfusion brings the socks to this universe.

Some sound effects were added, including a new sound for the sonic sock pistols (originally the sound was a 1982 digital watch chime), and the sound of a gate and a door creaking. 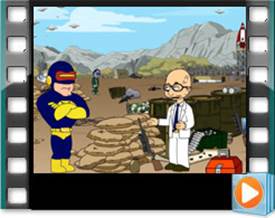 An excerpt of the cartoon “Can I Borrow Your Time Machine” (by Karl and Stephanie Johanson, part of the Really Short Science Fiction series) has been added before the start of the movie.

A post credits thing has been added. Filmed in 2019, it features Karl Johanson, Paula Johanson, E. B. Klassen, and Dr. Robert Runté, all from the original 1982 version of the movie, plus Stephanie Ann Johanson.

The original credits are included in the digital re-release, but an extended credits has been added with more details.

Comments about Dawn of the Living Socks:

“A legendary fan film. Heard about it for decades. Now I've seen it. My life is complete. Much of the sock animation is quite good. And the ending is precisely the logical solution for a plague of killer socks. Needs a big budget remake methinks.” –R. Greame Cameron (Editor Polar Borealis)

“Very interesting. I have to admit the socks themselves are very watchable. I like what you did with the stop motion. You definitely brought them to life. My favourite moment is when a second sock goes into the corridor to collect the mailman’s hat, after the first one had dragged the mailman away. Sure to be a cult classic!” –Craig Bowlsby (Commander Craig Scott in Commander’s Log.)

“Brad and I watched it when we were still recovering from stomach flu which was a bad idea because I was laughing so hard it made my stomach hurt.” –Wendy Myrvold

Notable Lines from the Movie:

“Whatever you do, don’t adjust the power setting on that device, just don’t. It’ll cause a space time continuum transfusion.” –Dr. Evil Mad Scientist

“What we’re dealing with is living socks. The armed forces and police departments don’t believe they’re real, we’ll have to deal with them ourselves.” –Strong Handsome Hero

“What the Hell?” –One of the potatoes.

“And then we beat up the fish.” –Narrator

Dawn of the Living Socks on IMDB