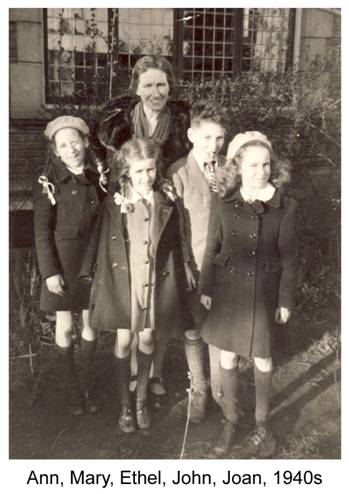 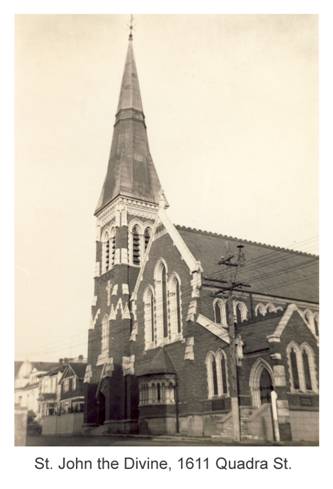 Ann was born in Vancouver BC, September 22, 1933, to Ethel Mildred Biddle (Steele) and Canon George Biddle (Rev.). She had two older siblings, Joan and John (twins), and a younger sister Mary. When she was five, the family moved from Vancouver to Victoria BC. Her father took over the parish of the Anglican church St. John the Divine, and the family moved into St. John's rectory.

Ann was a good athlete in school, and enjoyed gymnastics, especially performing on the ropes while her sisters preformed on the mats below. Joan, Ann and Mary attended school at St. Margaret's, while their brother, John, went to Glen Lion. Ann once wrote a poem about their childhood, saying the Reverend and his wife and their four grey sheep, referring to herself and her siblings. She said that when you are the child of a minister everyone thinks that you will be angelic, so she and her siblings often did things to prove that they weren't, like putting a dead mouse in the teacher's desk draw. Thus the idea of four grey sheep rather than being the black sheep of the family.

The family often stayed at Yellow Point Lodge for their summer vacation. Ann's father, George Biddle, would often be a visiting Rector, taking over for a minister that was on holiday. He was well loved in his parish, and in those he visited. Ann's father enjoyed fishing, and when they stayed at Yellow Point, he often caught enough fish to feed the lodge. Ann used to tell many stories about their vacations at Yellow Point. It was at Yellow Point that Ann and her sisters learned to ride horses. They would sometimes ride the horses bareback and take them in swimming. Ann first met Gladwin Roy Lightbody, who she would later marry. Ann and Joan were attempting to water-ski behind their father's boat, but it didn't have enough speed. Glad and his friend Ed offered to pull them behind their speedboat. Ann and Glad were married in 1958.

Ann went to the University of British Columbia (UBC) in Vancouver in the 1950s, taking architecture, design, and home economics. After university she took a teaching job at Britannia High School.

Glad and Ann's first child Stephanie Ann was born April 19, 1961. Karen Elizabeth was born May 7, 1963, and the youngest, Wendy Patricia, was born in October 11, 1966. The young family lived in North Vancouver until 1972, when Ann and Glad separated and Ann took the children to live with her mother Ethel and sister Joan on Ten Mile Point, in Victoria, BC.

Ann's plan was to go back to teaching, but the damage to her back from an break in the sixties caused the disintegration of discs in her lower back. She had to go in for surgery 1973 to attempt to repair the damage. It was a long recovery, but all seemed to be well. Ann joined PWP (Parents without Partners) and made new friends. Unfortunately in 1974 when a friend was giving her a ride, the car was rear ended. The hooks imbedded in Ann's lower backbone broke free and cause more damage to her lower back until her doctor finally recommended that they be removed. The damage done left Ann unable to stand for long periods, which destroyed her chance of going back to teaching.

Ann maintain and improved her mother's residence, managed to work a few odd jobs to help support her three daughters, and cared for her mother. After the passing of her mother Ann moved to Brentwood Bay with her youngest daughter Wendy. 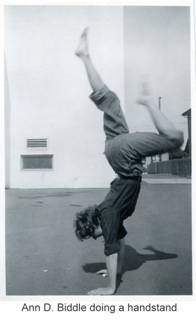 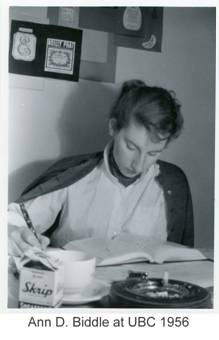 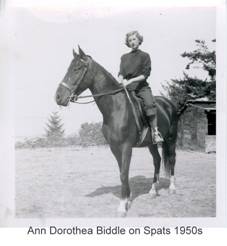 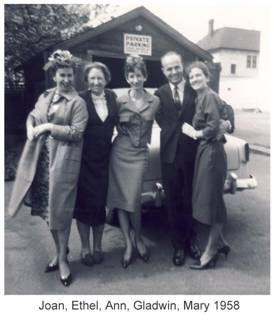 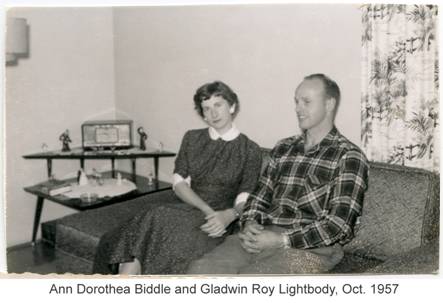 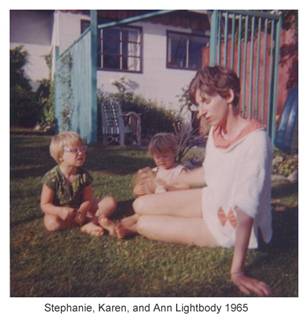 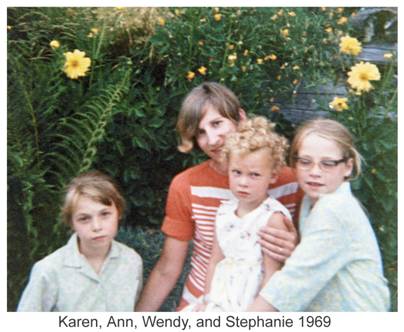 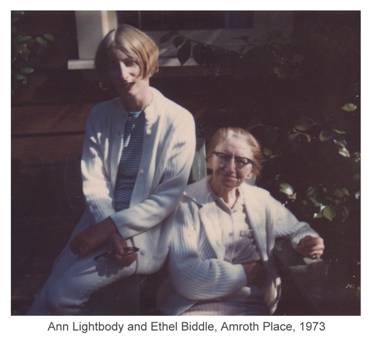 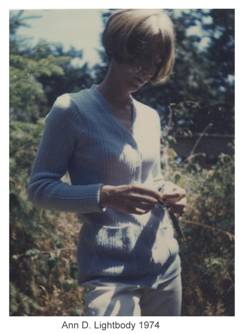 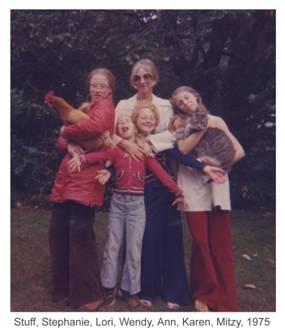 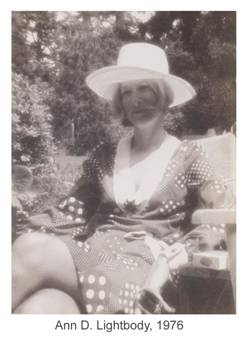 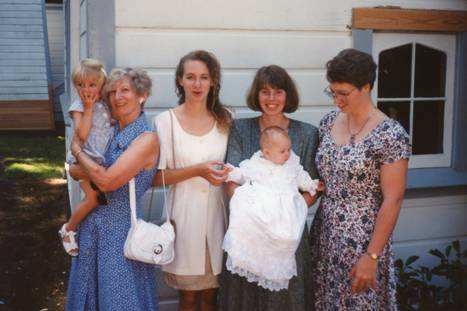 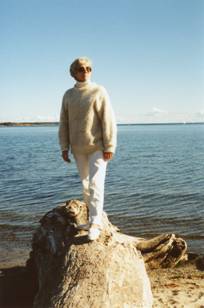 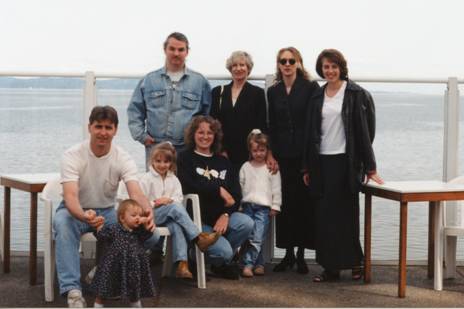 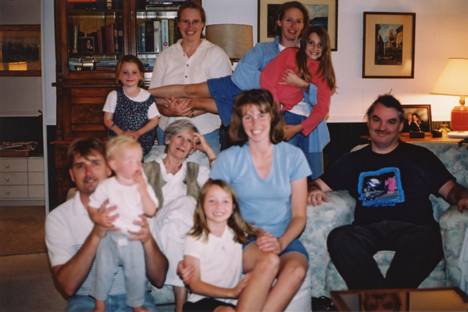 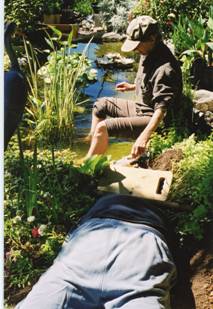 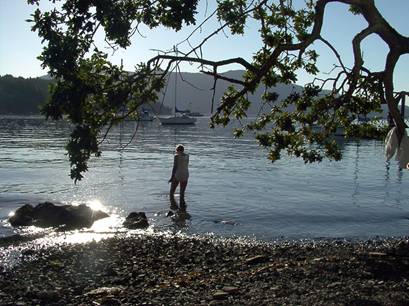 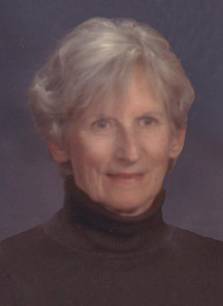